Seamus was the eldest of a family of ten siblings and I am the second youngest – there being a gap of 15 years between us. Our Dad died in an accident at the age of 52 and Seamus, at the age of 24 was catapulted into a position as mentor to his younger siblings –especially Sean, four years younger than I, and myself as we both studied engineering under him at UCD.

Even as a youngster, Seamus was a very outward going young man who showed strong leadership qualities. He excelled at sports, playing both rugby and Gaelic in school and college but his particular forte was boxing. He was captain of the UCD team and British and Irish varsities champion for three years running and was selected for the Irish Olympic team for the 1948 London games. He declined a place as it was the year of his final exams. This has been portrayed in the family (no doubt as an inspiration to us younger siblings) as a sign of his dedication to his career but I often wondered how much that was due to his great sense of duty and how much to our father’s great sense of discipline. I suspect a mix of the two.

I have often reflected that he and I, though siblings, really grew up in very different worlds. His teenage years spanned the years of the Second World War, mine the very different world of 50’s Ireland, when, to paraphrase Yeats “all had changed, changed utterly”. And in many ways Seamus never lost that old fashioned feel of honour, duty, responsibility to ones friends that one associates with that era.I think that may have been a large part of his undoubted charisma. He made friends easily across all walks of life and, more importantly he kept friends.

Are leaders born or are they created by teaching and training? This is a question that is very opposite in the context of this gathering. My own view is that they are born and then developed by circumstances, training, and opportunity. In Seamus case I think the period of his teenage years was a very formative one and he was fortunate to have at least two great role models in our father and a very close friend Wyndham Waithman – who continued as a close and lifelong friend. Waithman owned what is now the location of Merlin Park hospital. He shared with my father a great love of making things and of sailing. This was an era in which if you wanted something you frequently had to make it. And so my father with Waithman and Seamus proceeded to build a sailboat –the Fánaí. This was no ordinary build – first the trees had to be cut in Merlin Park, then planked, seasoned and eventually used to build the boat. This boat was still sailing fifty years later. How could such mentoring not imbue a teenager with a spirit of confidence and self-reliance? This was a great environment in which to develop a budding leader of people. Another important mentor was W M Dunn, the Engineering Director of the Alvis Motor Company, who was directly responsible for encouraging Seamus’ growing interest in vehicles and engines.

Seamus believed very deeply in dedication and responsibility – in people behaving responsibly in their work because that was their duty and their God given talents should be used to the full. I remember in our early days in business we reached a point where we needed to hire an apprentice in the workshop. We were interviewing this young Dublin lad and in the course of the interview Seamus made it clear that we did not clock in or out, we had a cup of tea at the lathe or drawing board, we didn’t have a prescribed lunch break, we would pause for lunch and so on. When he had finished, Seamus asked if there were any questions. The young lad responded “Which of you is the camp Commandant”? He didn’t get the job! He had also missed the point – what Seamus was getting at was that we were looking for people who were self-starters, who did not have to be driven. We parted company when we moved the business to Meath and he went on to hold a senior management position in an American multinational.

George Bernard Shaw said that “The reasonable man adapts himself to the world: the unreasonable one persists in trying to adapt the world to himself. Therefore, all progress depends on the unreasonable man.” Many of the endeavours he undertook would be deemed unreasonable by many people – like undertaking to design, build and test an armoured vehicle with a total staff of about six people, none of whom had any experience in such design.

Whether it was because of this unreasonable streak, impatience or something else, Seamus was certainly an innovator. When I was still a student Seamus developed an innovative modular boiler cum radiator fuelled by peat to heat glasshouses in a Government scheme to develop a horticultural cottage industry in the west of Ireland to try and stem the tide of emigration. For many years these boilers could be seen scattered about Connemara after Hurricane Debbie had blown the glasshouses to smithereens in 1961. Other innovative designs met with more success in areas as divergent as pattern attachments for carpet tufting machines and shunting locomotives that could operate on road as well as railway.

But it was his ground-breaking research work and designs of high output diesel engines that earned him his well-deserved international reputation in the field of internal combustion engines. He was made a Fellow of the prestigious Society of Automotive Engineers, a Foreign Member of the Fellowship of Engineering (which has a membership of only 1,500) and, at the time of his premature death he was in the process of being inducted as a Member of the Royal Society. It is sobering to me to reflect on these achievements when I consider that I am now 12 years older than my older brother. As a direct outcome of his engine research he came to establish Timoney Technology with myself and, even in his lifetime, the company acquired an international reputation for the quality of its designs and inventions in the field of heavy high performance vehicles.

With his drive and his sense of our responsibility to do our best for those less well-off he spearheaded a development programme in Tanzania which culminated in the establishment of the Tanzania Automotive Technology Centre. President Julius Nyerere took a particular interest and made sure the project was supported. He shared Seamus’ vision for developing indigenous industry and the Nyumbu project – as it was called – was developed with the core aim of not having any ex patriot employees in Tanzania. So about 100 professionals and craftsmen were trained in Ireland and throughout Europe and only returned home when they were sufficiently skilled to work unsupervised. Today TATC still operates in a wide range of industries with over 300 employees.

Seamus allowed people their head – I ran our company from its creation – when I was just 26 – and Seamus never imposed his views. Naturally he, being older and more experienced, I laid great weight on his views which were usually well founded. But he never bullied one into submission to his views. This to me is another characteristic of great leadership. David Ogilvy once famously said “Surround yourself with people smarter than yourself”. Seamus was not afraid to do that – I’m not referring to myself here. The point is that you must be comfortable in one’s own skin and not afraid of others success. Their success will reflect positively on your leadership and, more importantly, will enhance the success of the enterprise.

The driving force behind Seamus irrepressible dynamism was his deep faith and his conviction that our talents are a gift from God to be developed and exploited in His honour. He subscribed wholeheartedly to the Benedictine motto “laborare est orare” and he lived it in his daily life.

But all this is not to say that he was not a fun-loving guy who enjoyed life to the full. I travelled a lot with him and enjoyed his company immensely, even if he did drag me off to morning Mass whenever he could. In Tanzania one time we decided to rent a small catamaran that the hotel had to go sailing. It was blowing quite a stiff breeze and the skipper was too scared to go out but he did agree to let us go on our own. What a sail! On another occasion we were driving in the interior when we saw a group of Masai having a barbecue. Seamus asked the driver to stop and we were introduced and asked to join their meal. The driver had done his best to dissuade us and later explained that the place was called Mosquito Junction because it harboured a dense colony of the most virulent mosquitos in Tanzania. Seamus was fun to be with – if somewhat risky at times.

I am very pleased and proud that the Leadership Institute should have honoured Seamus by giving it his name. Never have we had a greater need for good leadership than now. Today we have many examples of incompetent leadership in both politics and industry. Without a moral compass we are doomed as a society. The Timoney Leadership Institute strives to fill the need for a principle based, morally informed leaders and I wish it and you every success in the future.

I would like to finish with Longfellow, whose poem I always recall whenever – which is frequently – I think of my dear brother Seamus. This poem could have been written with Seamus in mind and expresses my sentiments in his regard far better than I could ever conceive. 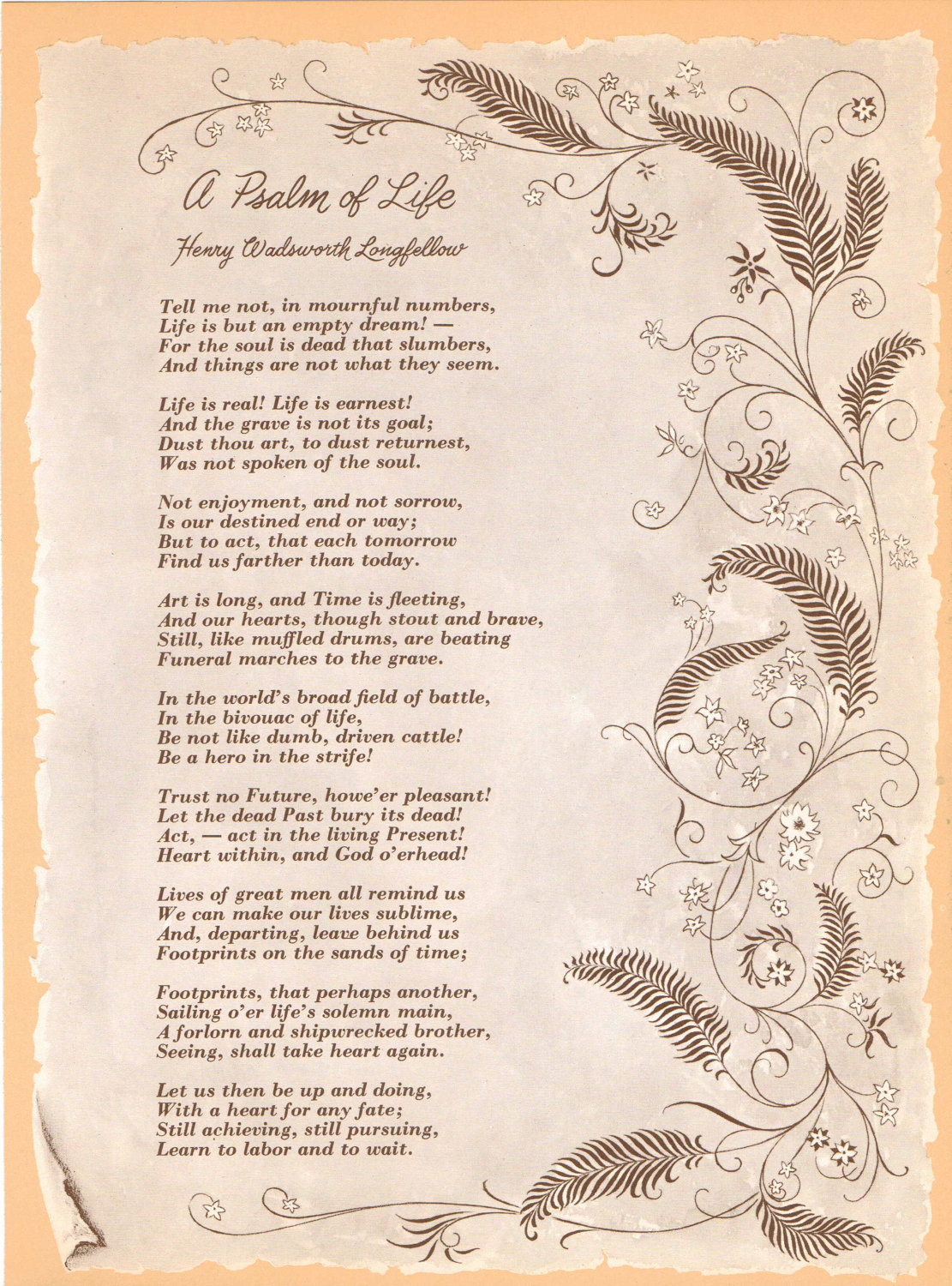 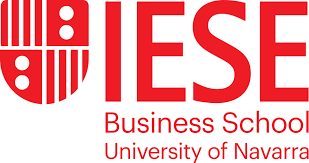